In December 2020, Congress passed the “No Surprises Act,” which prohibits most surprise out-of-network billing for plan years beginning in 2022. Surprise bills occur when a patient receives care from an out-of-network provider or facility during an emergency visit or while receiving non-emergency care at an in-network hospital or facility. In these cases, patients may face balance billing from the out-of-network provider for the difference between the provider’s charged amount and the plan’s allowed amount for that service. Additionally, patients may have higher plan cost sharing for out-of-network services. We have previously found that among large group health plan enrollees, 1 in 5 emergency room visits and 1 in 6 in-network hospital admissions potentially led to a surprise medical bill.

The No Surprises Act requires plans to apply in-network cost sharing and prohibits out-of-network providers from balance billing on surprise medical bills. Additional details on the No Surprises Act are available here. The law’s protections, however, do not apply to bills for ground ambulances, which Congress put off pending further study. The No Surprises Act requires the Departments of Labor, Health and Human Services, and Treasury to appoint an advisory committee that will review and recommend options to protect patients from ground ambulance surprise bills. 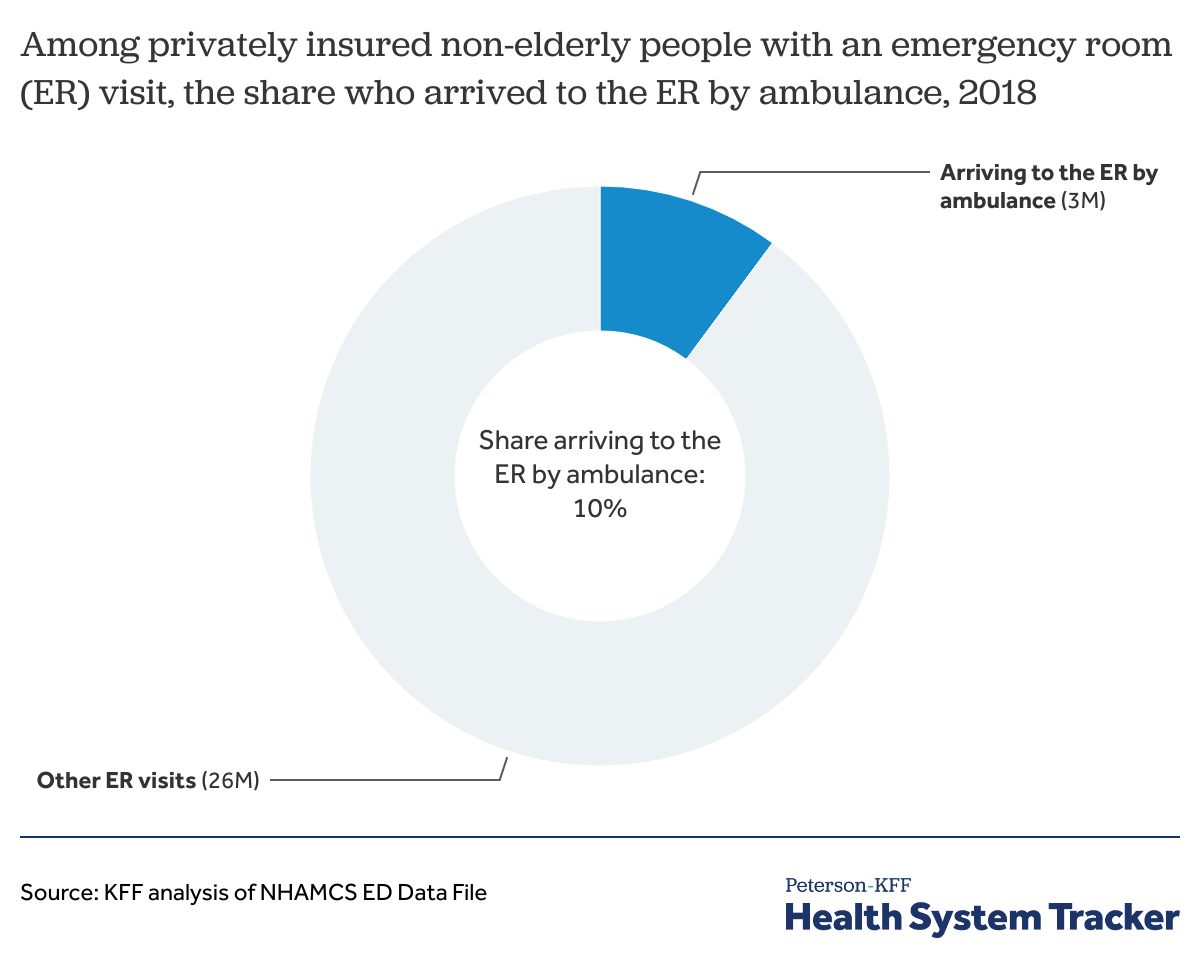 Using data from the National Hospital Ambulatory Medical Care Survey (NHAMCS), we estimate that there were 29 million emergency room visits by privately insured patients in 2018. About 10% of these emergency room patients (3 million people) were brought to the emergency room by an ambulance. 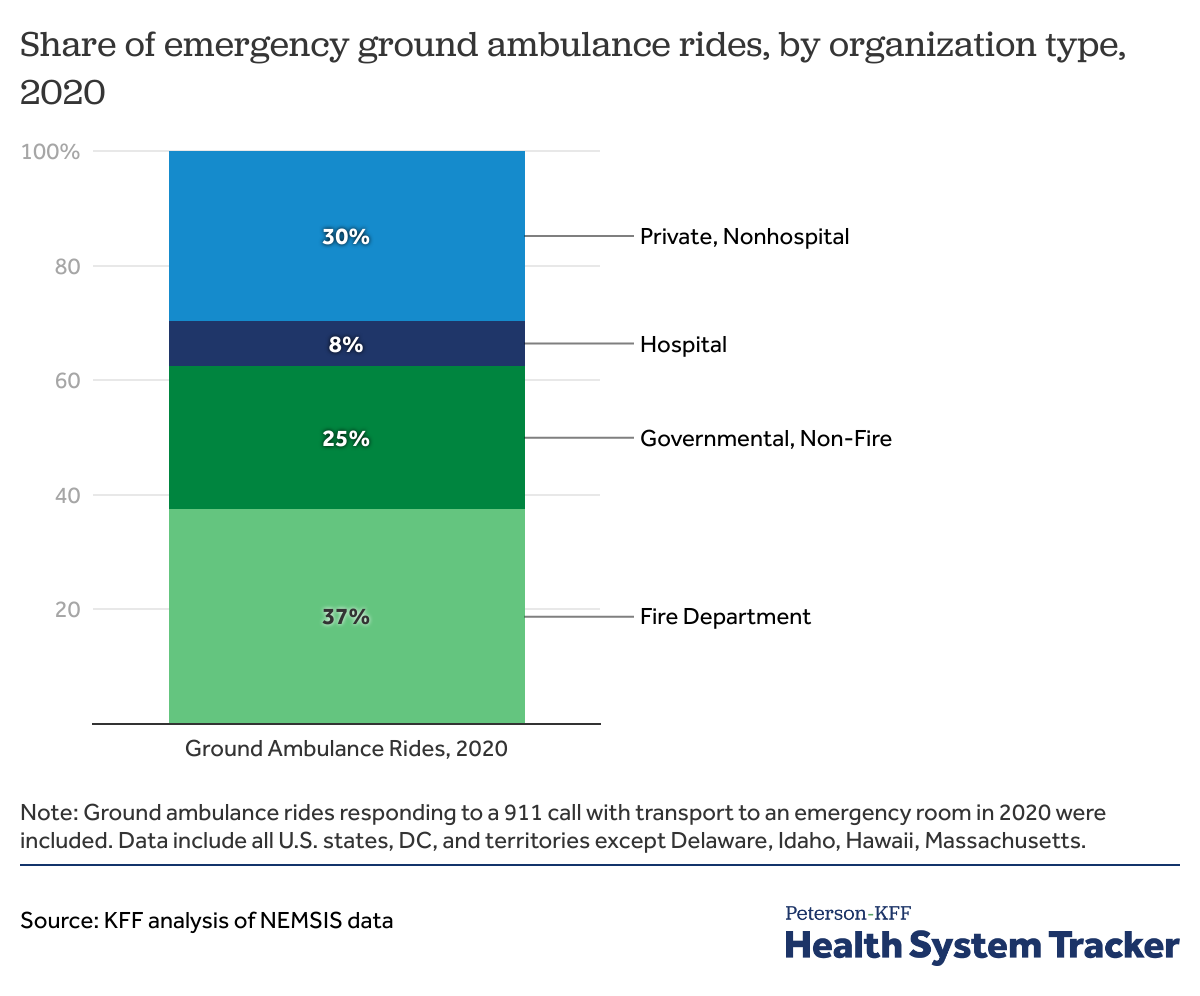 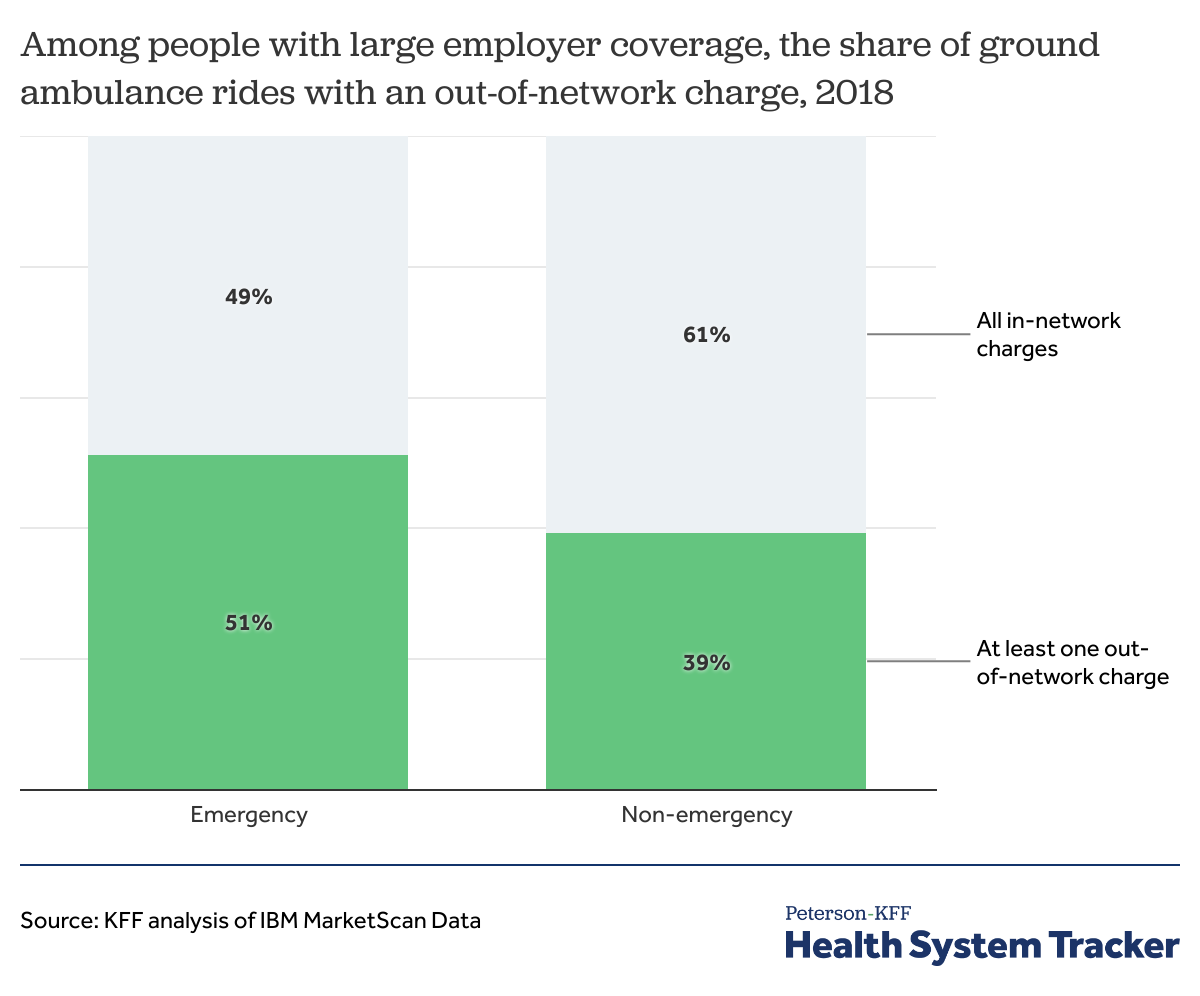 For many of the largest states, at least two-thirds of ground ambulance rides pose a risk of surprise bills 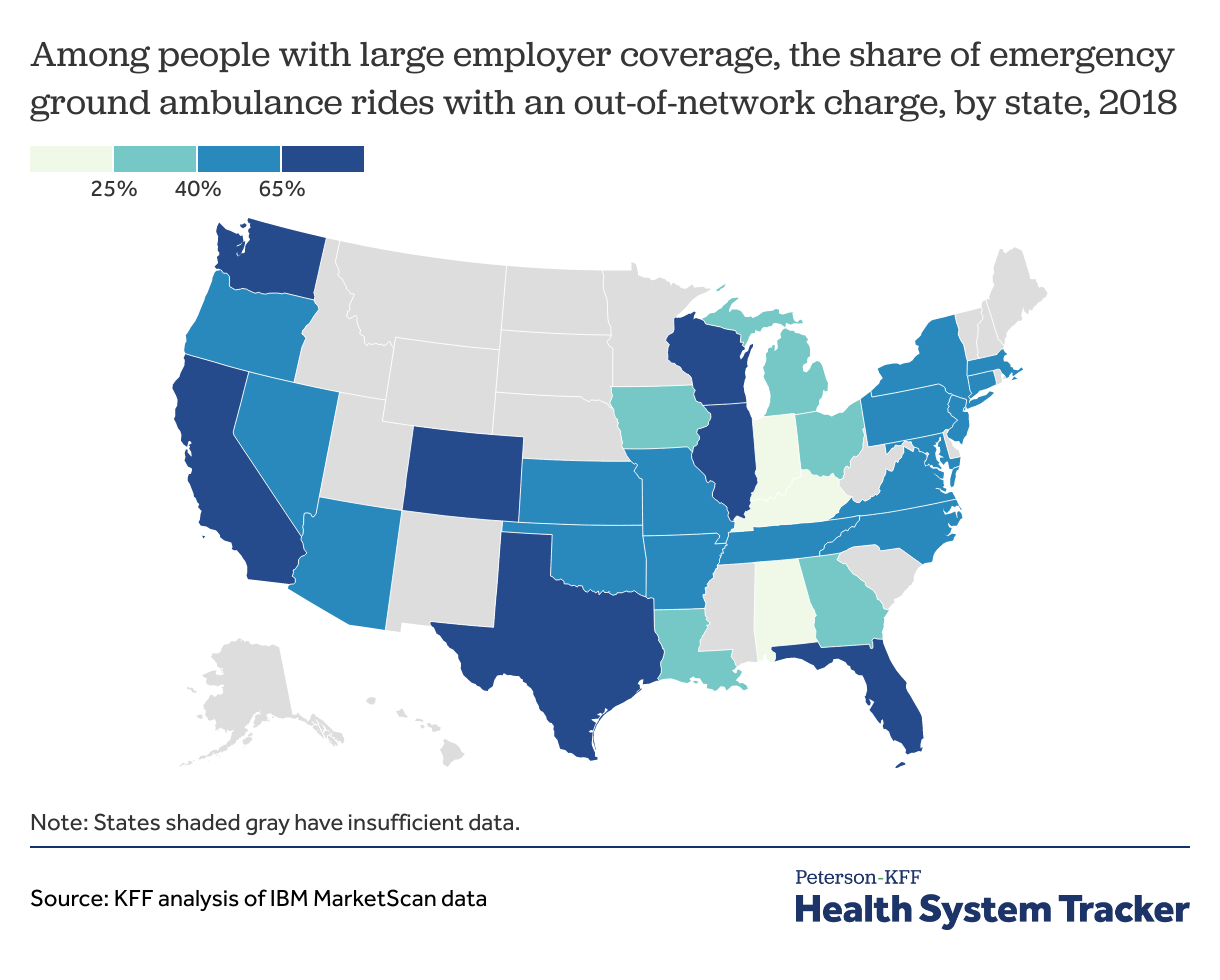 The roles of federal, state, and local governments in regulating ground ambulance billing

State and local laws vary in whether ground ambulance service providers or health plans are regulated and types of ground ambulances that are prohibited from balance billing patients. For example,

The No Surprises Act will prohibit most surprise bills, reducing out-of-pocket costs for emergency services and non-emergency services where the patient unintentionally sees an out-of-network provider. Congress did not include ground ambulances in the No Surprises Act reportedly because so many emergency medical transport services are operated by municipal and county governments, and therefore, may be subject to additional types of state and local regulation. Congress expressed interest in revisiting surprise billing for ground ambulances once it gathers more information.

One-in-ten emergency room visits for privately insured patients begin with an ambulance ride. Similar to other studies, we find that about half of emergency ground ambulance rides for large group enrollees include an out-of-network charge for ambulance-related services that may put people at risk of getting surprise bills.

Taken together, as many as 1.5 million privately insured patients who are brought to an emergency room by an ambulance may be at risk of getting a surprise medical bill each year.

The No Surprises Act requires the federal government to convene an advisory committee of federal and state officials, emergency medical services providers, and consumer representatives.

The regulation and delivery of ground ambulance services could present complexities beyond those involved in preventing other surprise medical bills. Yet, from the perspective of patients, ambulance rides are exactly the kinds of situations where they feel powerless to avoid surprise bills.

NHAMCS is a national probability survey of visits to hospital emergency departments. Using 2018 NHAMCS, we estimated the number of emergency department arrivals by ambulance for those younger than 65 with private insurance (‘paytyper’ variable equals “Private Insurance”). For more information on NHAMSC, see here. One limitation is that a portion of these ambulance arrivals may include air ambulances, which are included in the surprise billing protections in the No Surprises Act. In addition, NHAMCS only includes ambulance rides which arrived at an emergency department.

To assess ground ambulance ownership status, we evaluated the NEMSIS data. We included events with a ground ambulance, service in response to a 911 call, patient treated and transport by EMS, and a destination to a free-standing or hospital emergency room. Among these events, we calculated the share of ground ambulance rides by the organization ownership type.

For the analysis of share of ground ambulance claims for large employer plans that included out-of-network charges for ambulance related-services, we analyzed a sample of medical claims obtained from the 2018 IBM Health Analytics MarketScan Commercial Claims and Encounters Database, which contains claims information provided by large employer plans. We only included claims for people under the age of 65. This analysis used claims for 18 million people representing about 22% of the 82 million people in the large group market. Weights were applied to match counts in the Current Population Survey for enrollees at firms of a thousand or more workers by sex, age, state and whether the enrollee was a policy holder or dependent. Weights were trimmed at eight times the interquartile range.

We identified days in which an enrollee had either an emergency or non-emergency ambulance ride with one of the following HCPCS codes:

Where do Americans get vaccines and how much does it cost to administer them? 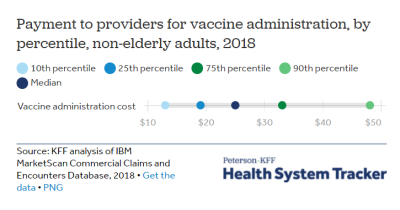 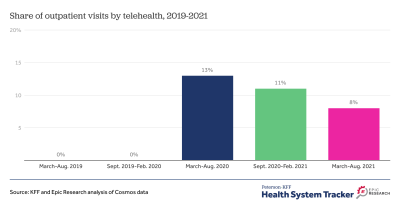