What do we know about spending related to public health in the U.S. and comparable countries?

By Rabah Kamal and Julie Hudman

Public health efforts aim to promote population health and wellbeing and generally include a variety of initiatives, such as disaster preparedness, nutrition and education programs, disease prevention programs, and epidemiological surveillance. The COVID-19 pandemic is testing governments’ capacities to address a public health crisis, with some countries struggling more than others to respond. In the U.S., there are concerns regarding the public health system’s capacity to respond to the current pandemic and future public health crises.

The following charts explore high-level trends in public health and related spending over time in the U.S. and other similarly wealthy countries (OECD nations with above average GDP and GDP per capita), as well as spending for public health at the federal vs. state and local levels in the U.S.

Preventive care spending is higher in the U.S. than in many comparably wealthy countries 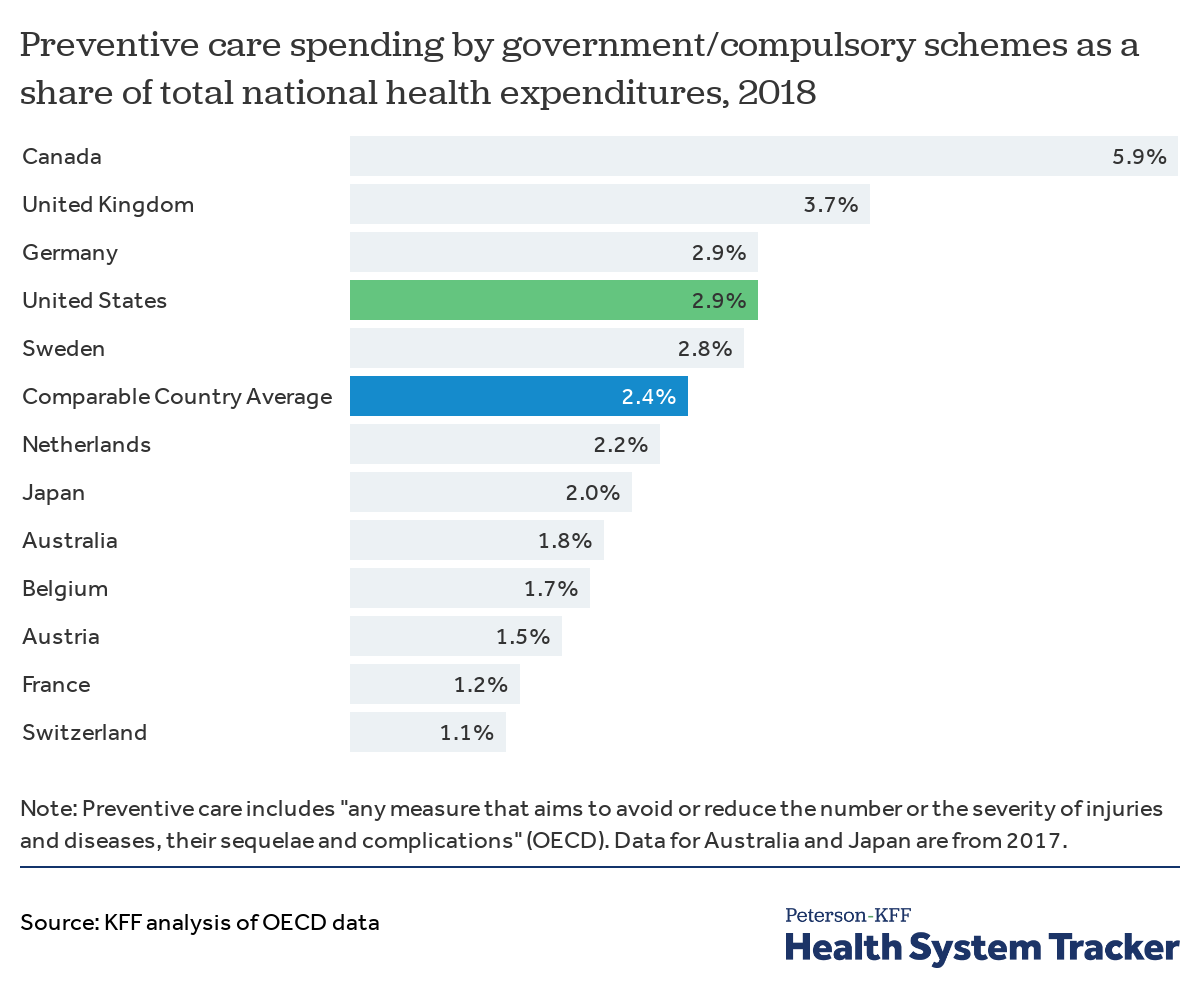 While it is difficult to compare how each country funds specific public health interventions, OECD data provide comparisons of national spending on “preventive care,” which generally includes spending on programs for public health information, education, and counseling; immunization, early disease detection, healthy condition monitoring programs (e.g., for monitoring pregnancy, child growth and development, general health check-ups); epidemiological surveillance; and emergency preparedness and disaster response. As these efforts largely reflect public health initiatives rather than personal healthcare services, comparing preventive care spending offers a rough comparison. It should be noted that “preventive care” spending as documented by the OECD is more inclusive than the definition of “public health” spending in CMS National Health Expenditure Accounts data for the U.S. For example, for the U.S., OECD estimates of preventive care spending include some spending on maternal and child health and school health programs, which are not reported as public health activities in the U.S. National Health Expenditure Accounts.

Preventive care spending in the U.S. constituted 2.9% of total health expenditures in 2018 – slightly higher than similarly large and wealthy countries on average (2.4%).

Spending on preventive care has declined as share of total health spending in the U.S. while remaining flat across comparable countries 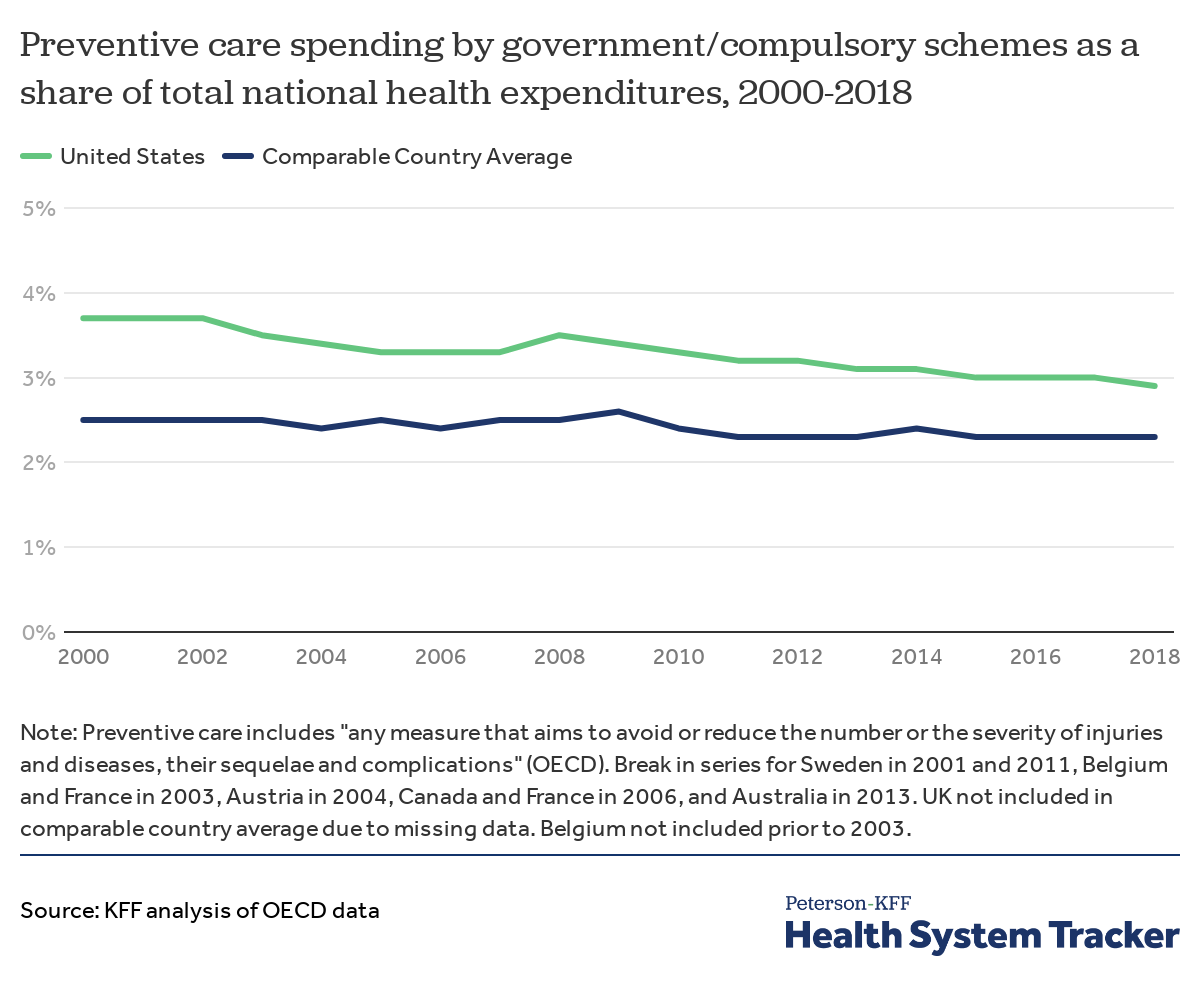 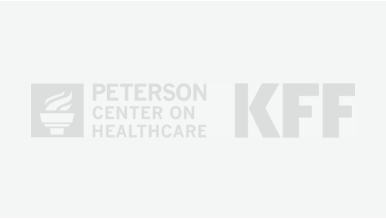 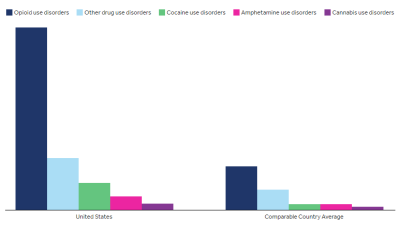 What do we know about social determinants of health in the U.S. and comparable countries?

State and local spending accounts for most public health spending in the U.S. 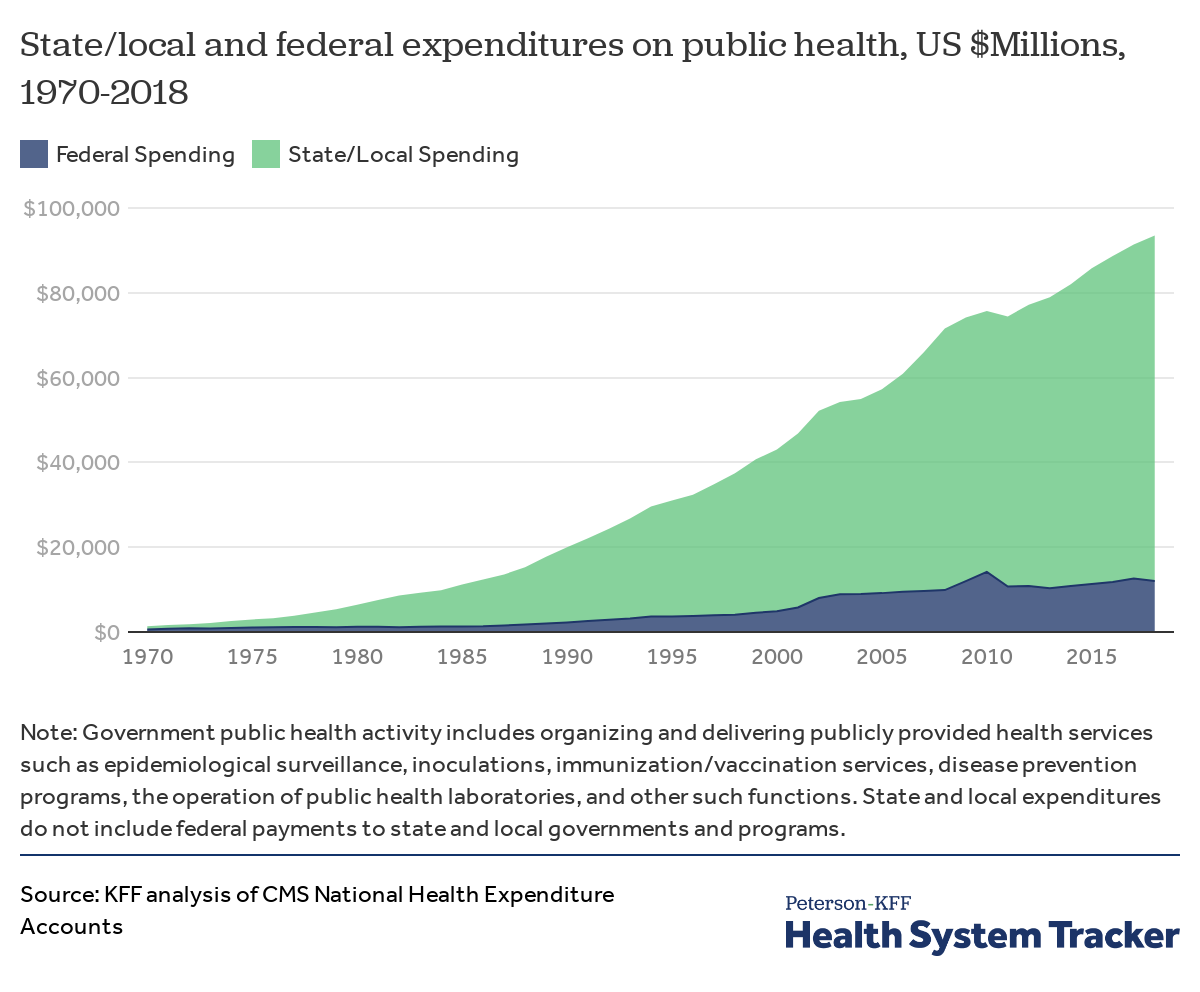 Federal stimulus funding may help to alleviate some of the current pandemic’s burden on the public health infrastructure. The Coronavirus Preparedness and Response Supplemental Appropriations Act allocated nearly $6.2 billion to the Department of Health and Human Services, including $1.9 billion towards Centers for Disease Control (CDC) response efforts. Appropriations under the CARES Act included $4.3 billion for CDC coronavirus-related activities and $275 million for the Health Resources and Services Administration’s related activities. Additionally, some states have committed funding towards their pandemic response.

The U.S. has a higher rate of preventable deaths than comparable countries 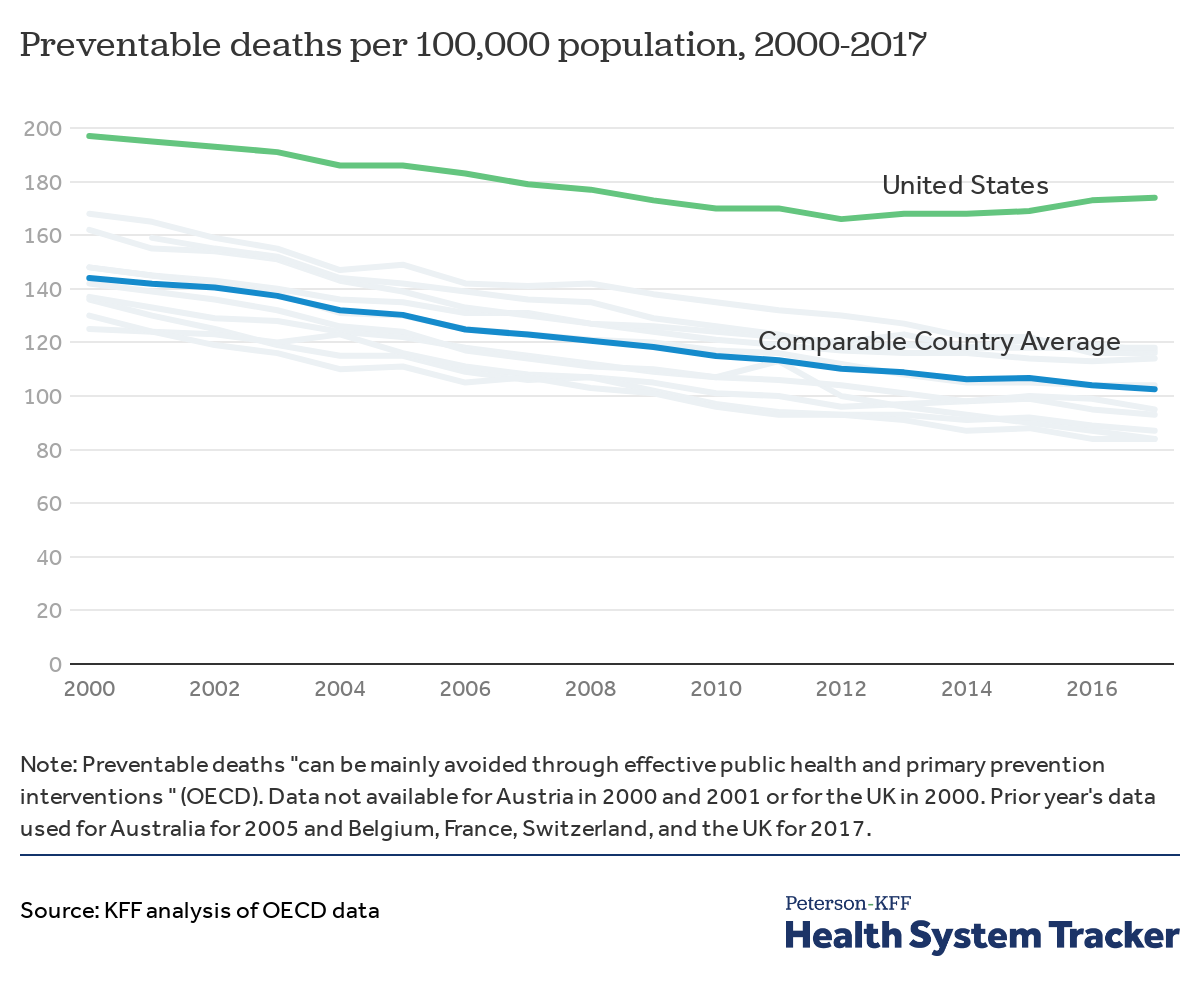 Preventable deaths are those that could have been thwarted by public health interventions like vaccination programs or widespread screening for diseases like tuberculosis and diabetes. The U.S. has long had a higher rate of preventable deaths than all comparable countries. The rate of these deaths had been dropping overall in the U.S. through 2012, after which the rate of preventable deaths began to increase in the U.S. but continued to fall in comparable countries. This increase in U.S. preventable deaths parallels deaths due to the U.S. opioid epidemic, which has been characterized by waves of increases in drug overdose deaths, including a wave of overdose deaths due to heroin beginning in 2010 and another wave due to synthetic opioids beginning in 2013. 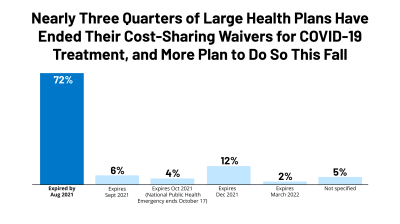