Research Roundup: Challenges to making use of health information

The March 2015 issue  of Health Affairs takes a look at the benefits and limitations of how health information is gathered and shared with patients, providers, and purchasers. With growing efforts to boost transparency in the health system by collecting and sharing more and more data, there is still uncertainty around the extent to which the information now at hand is contributing to better outcomes. Health Affairs explores trends in the use of several different kinds of health information, highlighting barriers that shed light on why it is too early to say whether more information leads to better outcomes.

Much of the information gathered about health system performance is geared towards consumers, including patients hoping to glean options for the safest, highest quality care. A study of four major hospital rating systems concluded that there is significant variation in rating methods, objectives, hospital eligibility, risk adjustment, and reporting format – to the extent that consumers are likely to be confused by the resulting discrepancies and contradictions between rating systems.

The discrepancies in ratings could indicate real differences in quality and safety at hospitals – or they could simply be due to different choices of quality and safety measures and variable definitions of concepts such as high vs. low hospital performance. The four rating organizations do not all share their full methodologies, making it difficult to pinpoint why their ratings differ. The authors also express concern that patients may largely be learning about hospital ratings via each hospital’s own promotional marketing, rather than directly from the organizations compiling the ratings.

“Although the variety and differences among hospital rating systems may be beneficial to patients, providers, and purchasers, these stakeholders would benefit if rating organizations could agree on standards for transparently reporting key features of their ratings… Being able to replicate ratings can help hospitals understand where to focus their improvement efforts, researchers can assess the antecedents and consequences of a hospital’s rating, and consumers can better grasp the meaning of “best” or “safest” and make more informed decisions about their care.” 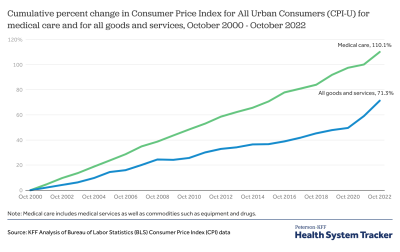 The study also found  that more than half (54%) of the physicians who reported using a prescription drug monitoring service indicated “rarely” or “never” using the programs for patients they did not already suspect of misusing prescription drugs. In addition to helping identify instances of abuse and diversion, drug monitoring programs may also help prevent other issues, such as adverse drug interactions. The authors note that with the increasing prevalence of chronic diseases, more and more prescription drugs are being used, suggesting a need to curb the increasing risk of adverse drug interactions – yet physicians may not be using monitoring programs towards that end.

Another study looks at electronic health information exchange (HIE), which allows patients and providers to access and share patient medical information, such as lab results and prescription history. Using secure electronic HIE in lieu of the traditional transfer of patient information by mail, fax, phone, or in-person could help to avoid readmissions, prescription errors, and duplicate testing. Information exchanges are increasingly popular – two-thirds of hospitals and half of physician practices in the United States participate in some form of HIE.

However, a systematic review discovered that HIE has rarely been shown through rigorous study to be associated with either better quality or lower costs. The authors found that most studies indicating a positive correlation between HIE and better outcomes are observational. Of the 27 articles they reviewed, only 6 had high internal validity – two of which reported benefits of HIE, three of which reported no difference, and one that reported negative effects of HIE. Ultimately, the study reports that HIE implementation is still in its infancy in the U.S., and the evolution of its applications and utilization would allow for deeper insights into its functionality.